In order to be able to maintain our web site we use cookies.
By continuing to browse this site you agree to our use of cookies.
You can read more about our privacy policy (incl. cookies) here.
MATOMO Web Analysis: (Checkbox checked = Active / Checkbox unchecked = Deactivated)
By clicking on the close button top right you can hide this banner for 30 days (note: sets a cookie to store your preferences)
✖
Main Menu / Search
Home > Components > Transponder Positioning > HG G-06150 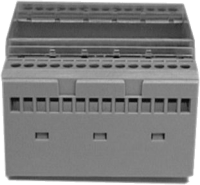 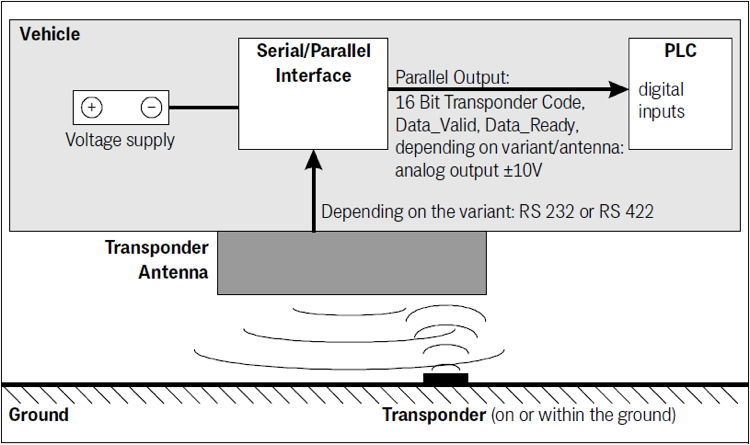 The serial/parallel interface allows the transmission of the transponder code of a Götting transponder antenna connected via the serial interface – depending on the variant RS 232 or RS 422 – to a PLC with digital inputs. The interface comes in a housing suitable for top hat rail mounting.

The telegrams of the transponder antenna are received via the serial input of the interface. For control purposes, an LED is visible through the transparent cover. It lights up when serial telegrams are decoded. These telegrams are only generated by the antenna if there is a transponder in the field.

From the telegrams the transponder code is converted into a 16 bit parallel output. The code is present at the outputs until a new code is received.

The Data_Valid signal indicates whether there is a transponder under the antenna. If there is no transponder in the field, 0 V is output. The parallel outputs, Data_Ready and Data_Valid are switched against 24V when activated and are not current limited. They are also not electrically isolated.