In order to be able to maintain our web site we use cookies.
By continuing to browse this site you agree to our use of cookies.
You can read more about our privacy policy (incl. cookies) here.
MATOMO Web Analysis: (Checkbox checked = Active / Checkbox unchecked = Deactivated)
By clicking on the close button top right you can hide this banner for 30 days (note: sets a cookie to store your preferences)
✖
Main Menu / Search
Home > News > 2016 > New 2-dimensional Transponder Antenna for the Navigation of Vehicles

New 2-dimensional Transponder Antenna for the Navigation of Vehicles

Lehrte, December 8th 2016 — Götting has extended its range of 2-dimensional transponder antennas with a compact variant that it will show on the LogiMAT 2017. 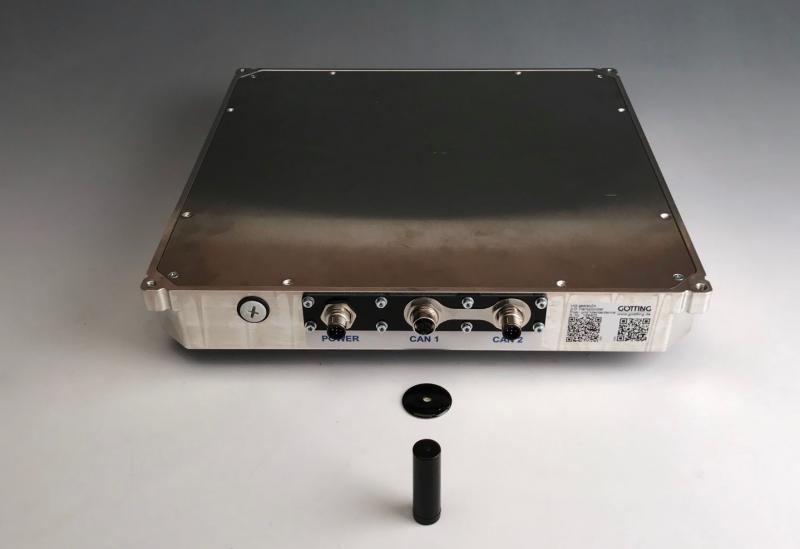 The existing transmission method between transponder and antenna has been enhanced with regard to the signal safety and accuracy. As soon as the antenna crosses one of the passive transponders in the ground it inductively provides energy to the transponder. The transponder then responds at half the frequency and sends its code.

The antenna then calculates the relative position of the transponder with regard to the antenna's center in direction of travel as well as diagonally. It then outputs code and position via CAN bus to the vehicle control. The full duplex communication at 128/64 kHz allows a continuous position calculation with a cycle time of 8 ms as long as the transponder is within the active reading area of the antenna. There are flat or bar transponders available to suit different applications.

Due to the slim design and the metal frame of the antenna it is possible to directly integrate it into the vehicle floor. The resolution of the position data is in the millimeter range. The maximum crossing speed is 4.0 m/s. Götting is an industry leader with this transponder technology and with the new antenna concept Götting sets new standards for a robust and highly accurate navigation system for different kinds of automated guided vehicles (AGV) in industrial applications.

Götting KG founded in 1965, ist an innovative company placed in Lehrte near Hannover (DE) and works worldwide.The company develops and produces wireless data communication systems and sensors for automatic track guidance of so-called automated guided vehicles (AGV). As far as we are informed Götting KG has the largest product range of different components for trackguiding AGV.

Further main topics are traffic technology, RF measuring, wireless data communication in general as well as customized developments for car manufactureres, electronic- and radio broadcasting industry. Currently our company employs 90 professionals of which about 50 are experienced masters in engineering and are responsible for research and development.

The core competency of FOX – a special department of Götting KG – is focused on the automation of serial vehicles, especially for the outdoor area (trucks, pay loaders, fork lifts etc.).